Fibroids treatments in Canada, despite these facts, show more and more promise with every year that goes by ...

Currently, the only Cure for Fibroids

Treatments for Fibroids Approved in Canada

ExAblate
The Exablate treatment option for Fibroids provides a non-invasive solution for symptomatic Uterine Fibroids that spares the uterus and may be considered for patients who seek fertility-sparing options or are nearing menopause limiting the risk of th return of the Fibroid tumors. Focused ultrasound waves, guided by magnetic resonance imaging are used to safely ablate tumor tissue, ensuring a high rate of effectiveness with minimal side effects.

Acessa
Acessa is a minimally invasive, uterine-sparing solution for women with symptomatic fibroids. The procedure involves creating two small incisions in the abdomen, inserting a needle into the fibroid, and using radiofrequency energy (or heat) to destroy it – while leaving the uterus intact. The fibroid is then reabsorbed into the surrounding tissue. Approved in Canada but still difficult to find locations for the procedure. While this is approved, locations are difficult to find due to access to equipment.

Embolization (UAE)
Uterine fibroid embolization (UFE) is a minimally invasive procedure used to treat fibroid tumors of the uterus which can cause heavy menstrual bleeding, pain, and pressure on the bladder or bowel. It uses a form of real-time x-ray called fluoroscopy to guide the delivery of embolic agents to the uterus and fibroids. These agents block the arteries that provide blood to the fibroids and cause them to shrink.

Myocetomy
Myomectomy is the surgical removal of fibroids that allows the uterus to be left in place. Myomectomy is the preferred fibroid treatment for women who want to become pregnant. Surgical methods for myomectomy include: Hysteroscopy (inserting a lighted viewing instrument through the vagina and into the uterus). Laparoscopy (uses a lighted viewing instrument and one or more small incisions) and Laparotomy, which uses a larger incision in the abdomen.


Treatments for For heavy bleeding

Fibristal
FIBRISTAL® (ulipristal acetate) is a medication approved in Canada for the treatment of moderate to severe signs and symptoms of uterine fibroids in adult women of reproductive age. Fibristal, in many cases, shrinks Fibroid tumors temporarily and in a large number of patients is shown to reduce the heavy bleeding that often accompanies Fibroids.

Lupron
GnRH Agonists (Lupron) GnRH agonists are a class of medications that temporarily shrink fibroids and stop heavy bleeding by blocking production of the female hormone, estrogen. Although Lupron can improve fibroid symptoms, it can cause unpleasant menopausal symptoms such as hot flashes. Lupron is currently delivered by injection.

Medications for Heavy Bleeding (but do nothing for Fibroids)

NSAIDS (Ibuprofen, Naproxen etc)
Nonsteroidal anti-inflammatory drug (NSAID) therapy relieves menstrual cramping and in many cases also reduces heavy menstrual bleeding for many women. NSAIDS are often a GYNs first line approach to the treatment of Fibroids in the hope that more invasive procedures are not required. NSAIDS products include Ibuprofen, Advil etc.

Cyklokapron or Tranexamic
Known as Tranexamic acid, this an oral treatment that often shows a reduction in heavy bleeding in women with fibroids. Originally used in surgery to limit bleeding, this drug helps women reduce menstrual / uterine blood loss perioperatively with no reported adverse effects in women undergoing laparotomy and myomectomy.

Mirena IUD
Intrauterine device (IUD) with progestogen releases the hormone levonorgestre. IUD is commonly used as a first choice treatment for birth heavy menstrual periods, and to prevent excessive build of the lining of the uterus in those on estrogen replacement therapy. The device is placed in the uterus and lasts up to three to five years.

Birth Control Pills
Because fibroids are very hormone-responsive, physicians will recommend a low dose pill that will not induce fibroid growth. BCP can be used to treat bleeding and menstrual cramps caused by uterine fibroids because they decrease the production of female hormones and prevent ovulation.

Just Out on the News Wire

Out of every 100 women over 40, 25 experience Fibroids symptoms. 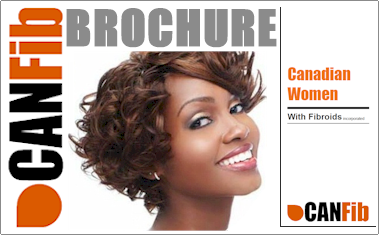 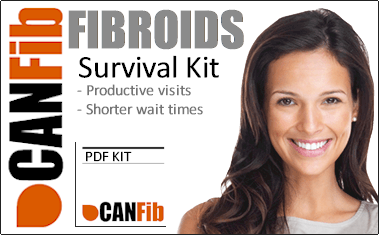